WHY IS NITROGEN PROCESSING SO IMPORTANT?

Similar to the carbon or oxygen cycle, the nitrogen cycle is critical to life. One of the key components of the nitrogen cycle is Nitric Oxide (NO) which is small and rapidly permeates cell membranes and aqueous solutions. As it is also highly reactive, it gets depleted easily within the body and its range is relatively short. Because of its potential to interact with almost every protein, we are only beginning to understand the many effects of the NO/NOx signaling in cells and the human body. For example, in the brain, NO modifies ion channels, such as glutamate receptors, and reversibly changes their properties.

NO signaling has been comparatively well studied in the regulation of blood flow, which earned its discoverers a Nobel Prize in 1998. Nitroglycerin, which has been used to treat chest pain due to heart ischemia since 1878, works by being converted to nitric oxide, dilating the blood vessels, decreasing heart workload, and improving heart oxygenation. Erectile disfunction drugs such as Viagra and Cialis exert their effect through the same pathway. They block cGMP degradation, extending the action of locally produced NO and thus increasing inflow of blood into the tissue in question.

The Ammonia Oxidizing Bacteria studied by AOBiome consume ammonia as their food source and produce NO. 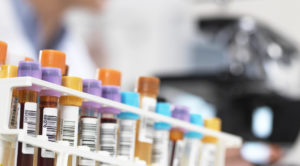